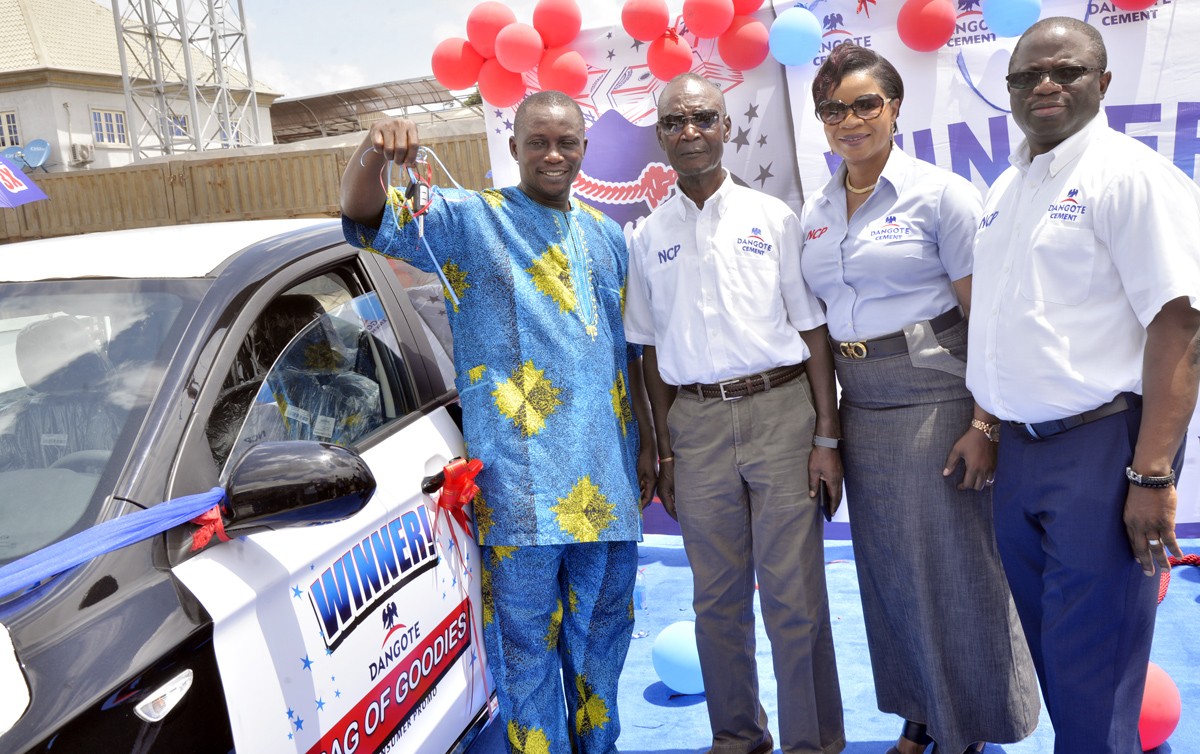 Mr Benjamin Igherighe, a Dangote Cement retailer in Abraka, Delta State has emerged as the first grand prize winner of a saloon car in the ongoing Dan

Mr Benjamin Igherighe, a Dangote Cement retailer in Abraka, Delta State has emerged as the first grand prize winner of a saloon car in the ongoing Dangote Cement Bag of Goodies scratch and win promo. The car was presented to him at a grand ceremony held in Warri, Delta State on Monday, July 15, 2019.

Speaking at the presentation ceremony, the Group Managing Director, Dangote Cement plc, Engr. Joe Makoju stated that the ongoing promo is aimed at rewarding all consumers and congratulated the winner for becoming the first of many to emerge as the star prize winner in what many describe as the mother of all promos. He further commended consumers for their loyalty to the brand and urged them to keep buying as there are numerous prizes to be won throughout the campaign.

Marketing Director, Dangote Cement, Mrs. Funmi Sanni, in her remarks, stated that the promotion was designed to reward not less than 21 million consumers across the country with amazing prizes including 43 cars, 24 tricycles, 24 motorcycles, 550 refrigerators, 400 television sets, 300,000 Dangote foods goodies packs and recharge cards for all networks worth N200,000,000.

Speaking further on the mode of participation, Mrs. Sanni stated that consumers can participate in the promo by simply buying any of the promo bags of Dangote Cement and locating the scratch card within. The gift item is revealed upon carefully scratching off the silver panel which should be taken to any of the redemption centers across the country from July to September 30, 2019.

The Regional Director, South-South, Mr. Godson Okoro employing the popular parlance, ‘Warri no de carry last’ expressed his excitement about Warri and environs presenting the first grand prize winner in Nigeria, underpinning the position of Dangote Cement brand as the leader within the region. The grand prize winner, Mr. Igherighe in an emotion-laden voice thanked Chairman, Dangote Cement Plc, Aliko Dangote and the cement company for always giving back to the society.

Giving an insight on how he became a winner, he narrated with excitement how he bought a trailer load of cement from a distributor, Fibo Ventures in Abraka, Delta State and in the process of transferring the bags to his store, the off loaders damaged three bags within which he found the winning card. He encouraged other Nigerians to take the promo seriously as he just won a prize for the first time ever. 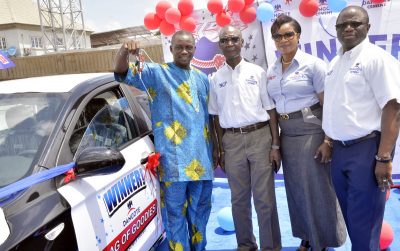 Loading...
Newer Post
CAN distances self from Pastors on solidarity visit to COZA as PFN begins investigation
Older Post
Doctors separate twins joined at the head after 50-hour surgery