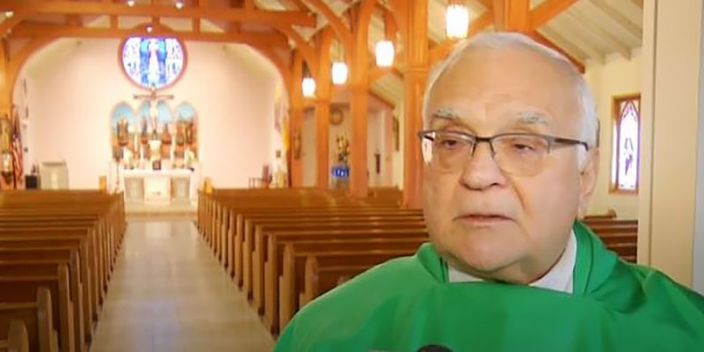 A Catholic priest, Rev. Richard Bucci of Sacred Heart Church in Rhode Island who barred state lawmakers who supported an abortion rights bill from receiving communion at his church has doubled down on his stance, saying abortion is worse than pedophilia.

In an interview over the weekend with NBC, he described abortion as “the slaughter of innocent children.”
“We are not talking about any other moral issue, where some may make it a comparison between pedophilia and abortion. Pedophilia doesn’t kill anyone, and this does,” Bucci told the station.

Bucci said more children have been killed by abortion than have been abused, adding, that it doesn’t mean abuse is not a horrible thing.

Bucci’s comments to the TV station came after he put out a notice to Sacred Heart parishioners at the end of January listing the names of lawmakers who would not be allowed to receive communion at the church or participate in certain religious functions, such as acting as godparents or lectors at weddings.

The announcement came days after the Jan. 22 anniversary of the Supreme Court’s Roe v. Wade decision in 1973 establishing the right to abortion. The priest’s action also came months after Rhode Island in 2019 enacted the Reproductive Privracy Act to enshrine the right in state law.