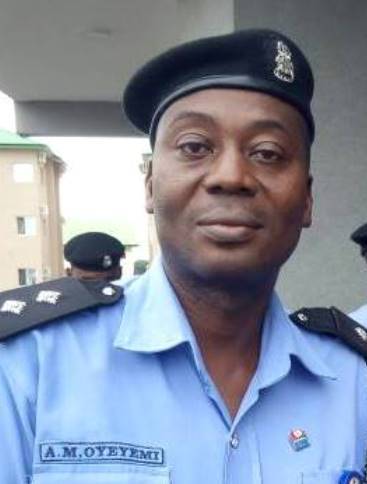 The Ogun Police Command said it has rescued one of the five Redeemed Christian Church of God, RCCG pastors who were abducted on Thursday around J3 for

The Ogun Police Command said it has rescued one of the five Redeemed Christian Church of God, RCCG pastors who were abducted on Thursday around J3 forest on Ogbere road, in Ijebu-East local government area of the state. The Police command said the only woman among the five victims, identified as Mrs. Ibelegbo Chidimma, was rescued early Saturday morning and would soon be taken to the convention ground.

The Police Public Relations Officer in the state, Abimbola Oyeyemi said, “The Ogun State Police Command wishes to inform the general public that one of the kidnap victims, Mrs. Ibelegbo Chidimma, the only woman among them, has been rescued unhurt. The woman, who is a deaconess of the Redeemed Christian Church of God, regained her freedom in the early hours of today, 3rd of August, 2019, and she is currently at the Command’s headquarters in Abeokuta, where arrangement is being made to take her to the Redemption Camp.”

Meanwhile, the identities of the other four persons abducted on the Benin-Ijebu-Ode-Sagamu expressway Thursday night, has been revealed. In a statement, Oyeyemi, identified the victims as Chidioze Eluwa, Chiemela Iroha, Okoro Ohowukwe and Ndubuizi Owuabueze

They were heading to Lagos from the eastern part of the country when gunmen stopped their vehicles and took them into the forest. Enoch Adeboye, general overseer of the Redeemed Christian Church of God (RCCG), had earlier raised the alarm over the incident. He had said the RCCG pastors were on their way to the church for a ministers’ conference when they were kidnapped.

“On the 1st of August 2019, at about 3:30 pm, the Ogun State Police Command received information that a commercial vehicle with registration number KW 230 XA belonging to Abia Line Transport Company was coming from the Eastern part of the country, heading towards Lagos. On getting to J3 area of Ogbere, some hoodlums numbering about 10 suddenly came out of the forest and forcefully stopped the vehicle,” he said.

“The Commissioner of Police, Bashir Makama, is leading the operation to rescue the victims, with operatives from the Command’s tactical squads combing the entire area. The hideout of the hoodlums has been geo-located, but our men are trying to be tactical and professional in order not to jeopardise the lives of the victims we are making efforts to rescue. With the operation going on presently, we are rest assured that the victims will soon regain their freedom and the hoodlums will definitively be brought to book.”