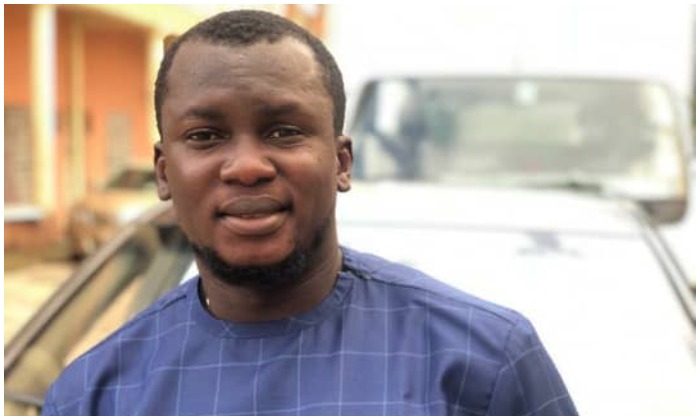 A resident of Bassa community in Abuja, Titilayo Omioye Adeyeun, has narrated how 20 men in military uniform whisked her husband away in the e

A resident of Bassa community in Abuja, Titilayo Omioye Adeyeun, has narrated how 20 men in military uniform whisked her husband away in the early hours of Friday, November 13, 2020.

According to the mother of a seven-month-old baby, her 30-year-old spouse, Imoleayo Micheal Adeyeun, has not been seen or heard from since the incident happened a week ago.

Titilayo said that her husband had participated in the #EndSARS protests against police brutality that rocked the country last month.

Narrating her ordeal, Titilayo said, “Last week Friday around 2:30am, we were at home and we heard strange voices from the room. We peeped from the window and saw that we were surrounded by men in military uniform. We tried to blow the whistle to alert the neighbours but we were told not to do that, that they were there for questioning. So, we opened the door for them and they came inside our sitting room.

“The men in military uniform were outside while the others who wore black vests and bulletproof shields came inside. They were about 20 in total. They came into the living room and asked for my husband’s phone. The next thing, they asked me to go into the room. They also asked my husband’s mom to also go into the room. I have a seven-month-old baby and she had come to help me nurse my baby.

“The two of us were in the room. So, I didn’t know what they discussed with my husband. I emerged from the room and saw that my husband was dressing up to follow them. I asked so many questions as to where they were taking him to and what he had done. But nobody said a word. That was how they took my husband away.”

The nursing mother said she tried to trail the men but she was threatened and forced to return home.
“I tried to follow them but they asked me to go back otherwise they will shoot at me. Since then, I have not seen my husband, he has not called and nobody has called me to tell me about his whereabouts. He was involved in the #EndSARS protest. He tweeted about it just like every other person who supported the campaign. He also attended the protest physically,” she added.

Imoleayo’s wife further said that the disappearance of the IT expert was reported at the Ido Police Station in the community which is situated around the Nnamdi Azikwe International Airport but the whereabouts of her husband remained unknown.