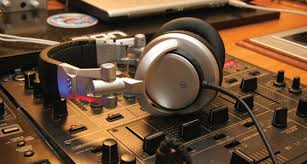 The state Commissioner of information and reorientation, Mr Danjuma Adamu, who visited the Taraba State Broadcasting Services, TSBS premises to inspect the damage done to the station, condemned the action of the youths, saying the destruction had gone beyond #EndSARS protest.

All movable equipment in all the departments of the station were carted away by the hoodlums, who also destroyed what was left of the facilities.

Adamu said the dimension the protests took in the last two days was criminal.
“The looting of COVID-19 warehouses had later turned to invasion and looting of private warehouses, shops and private schools,” he said.

He described the incident as worrisome, adding that it had reduced the radio station to square one because all documents, equipment and electrical appliances of the station had been stolen. The commissioner said that apart from the radio station, other organisations being accommodated within the premises of the Radio Station were also destroyed.

He listed them to include the National Orientation Agency (NOA), Ministry of Poverty Alleviation and Cooperatives, Port Health Services (Yellow Card Center) and ministry of environment among others. He said that the government was quantifying the level of destruction to both public and private property perpetrated by the youths with a view to ascertaining the next line of action.

The rampaging hoodlums embarked on massive looting on Saturday evening beginning from warehouses of COVID-19 Palliatives. Their action continued unabated on Sunday with massive looting and destruction of private warehouses and on Monday with attack and destruction of the NYSC Camp, National Center for Disease Control (NCDC) Isolation Centre, a Private School belonging to a Jalingo based businessman, and the radio station.

Meanwhile, the police spokesman in the state, DSP David Misal, has confirmed the death of two people and the arrest of 23 persons following the incident. Some tricycles and bags of looted rice and fertilizer had been recovered from the hoodlums, he said.

Misal said that the situation had been brought under control but that the indefinite dusk to dawn curfew imposed by the state government was still in force. He warned parents and guardians to ensure that their children wards were properly guided as the police would apply the full wrath of the law if they were caught committing any crime.