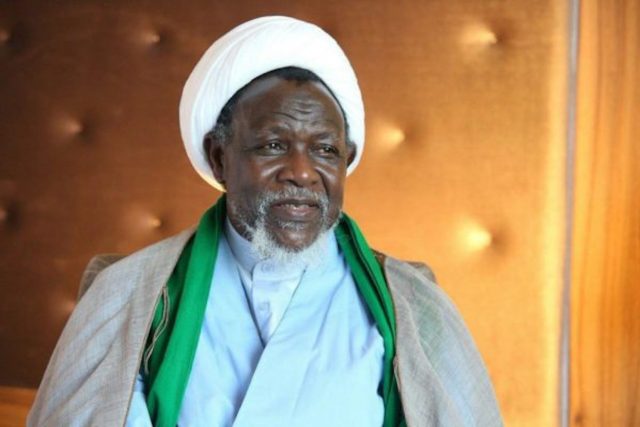 One hundred and eighty-four doctors from seven Islamic countries in a letter to the Federal Government called for the transfer of jailed Shiite leader, Sheikh Ibrahim el-Zakzaky, to a well-equipped hospital due to his critical conditions.

The group of doctors from Pakistan, India, Iran, Afghanistan, Syria, Lebanon and Iraq in the letter pointed to el-Zakzaky’s physical conditions, and asked the Federal Government of Nigeria to transfer him to a well-equipped hospital as soon as possible.

The full text of the letter is as follows:

“In the name of God, the healer

From the community of doctors

To the President of the Republic of Nigeria, Mr. Buhari.

In the past several months, the world has constantly received troubling news regarding the health of one of the prominent figures in Nigeria, Shaikh Ibrahim Zakzaky.

Both Shaikh Ibrahim Zakzaky and his wife are kept in prison and the health status of both of them is very alarming.

We have chosen to be doctors even after knowing that this job is very difficult and troublesome, but we chose to save people’s lives and preferred the health of the society over our personal interests.

According to the medical reports regarding the health status of Shaikh Ibrahim Zakzaky:

“Based on the points highlighted above, Shaikh Ibrahim Zakzaky should be transferred to a well- equipped medical center that has Neuro-ophthalmologist, glaucoma specialist and low vision expert, cardiologist, orthopedist and neurologist. Also he may need to have a surgery to reduce intraocular pressure.

“We, doctors of different nationalities cannot take the health of any human for granted. This is something that is inherent in our obligation as doctors. Ignoring the critical health status of Sheikh Ibrahim Zakzaky can end up in irreparable consequences.

“We request the government and parliament of Nigeria to immediately transfer him to a well-equipped hospital to prevent any unfortunate incidents.”