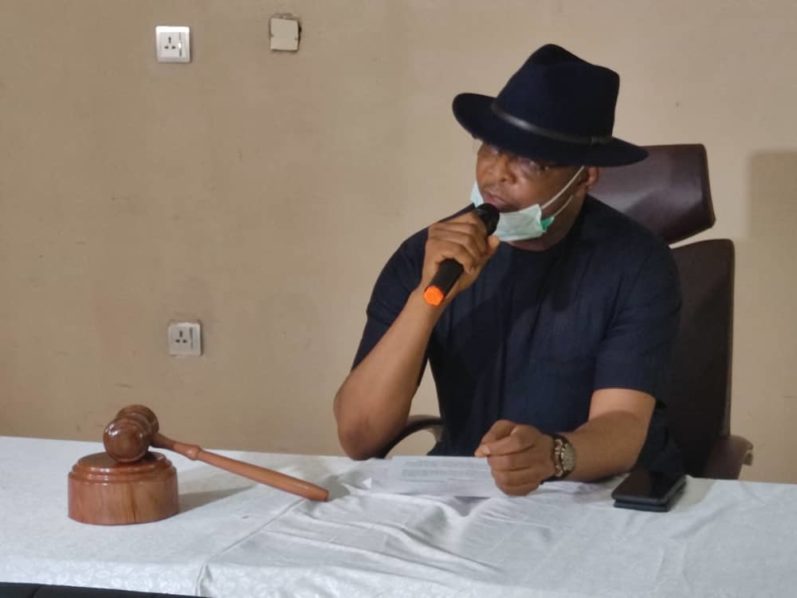 Visa ban disrespectful to Nigeria, FG tells US, UK
You didn’t build a single company in 8 years I have built 9 in 3 years – Udom to Akpabio
Ondo closes public schools for three weeks due to flood

The 17 lawmakers comprise 14 members whose seats were declared vacant, and an additional three members of the Assembly. The 14 lawmakers were sworn in at a private location, after which they teamed up with three others to impeach Okiye and Asoro.

The 17 lawmakers had pledged their allegiance to the governorship candidate of the All Progressives Congress in the September 19 gubernatorial election, Osagie Ize-Iyamu. The 17 lawmakers also said they had elected a new Speaker, Mr. Victor Edoror.

Edoror, who represents Esan Central constituency, was reportedly elected during an emergency plenary session attended by the 17 elected members at a meeting, which took place in an undisclosed location in Benin City in the early hours of the day, also saw the election of Emmanuel Agbaje of Akoko Edo Constituency II as the Deputy Speaker of the Assembly.

Following his inauguration, Edoror directed the Edo Commissioner of Police, the Inspector General of Police, and other security agencies to eject the thugs who have invaded the Assembly Complex in Benin to allow for a rancour-free plenary on Friday, August 7.